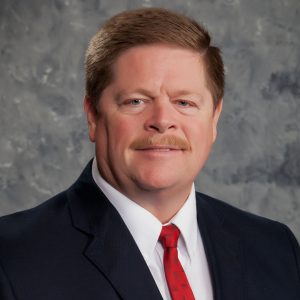 Snavely began his EMS career in the 1980s as an EMT in Austin, Texas and has held a wide variety of positions across the nation over the last four decades.

“During my last semester of college working on a degree in business and accounting, I took an EMT class. At the time, I was working as an accountant and volunteering for a heavy rescue squad. I started doing part-time work for a local ambulance service and enjoyed it, so I decided to explore EMS as a career,” Snavely explained, recalling how he got his start in the industry.

His first full-time career in EMS took him to Austin, Texas. During his two-year tenure in the capitol city of Texas, Snavely obtained his paramedic certification. When his wife at the time became homesick, he relocated the family to Sioux Falls, South Dakota, where he worked as both a ground and flight paramedic before going to work as the EMS training director for the state of South Dakota.

“After eight years of working for the state, I took a position as the training director for a private multi-state ambulance service. I also served as the backup area manager for the service area that ran from New Mexico to South Dakota. The company was bought out by the largest ambulance service in the nation. After they bought us, they bought four ambulance services in Montana. They moved me to Billings, Montana, to do the integrations of those services, and that’s where I first met (LifeNet’s retiring CEO) David Baumgardner.”

When the company purchased another large ambulance service, Snavely was moved to Independence, Missouri to manage part of the company and help with a few start-up services in the region.

“From there, I went to work for a consulting firm. I helped do a number of projects, the most notable was Montgomery County Hospital District in Conroe, Texas. As the project was coming to an end, David Baumgardner called me up. He asked me to come work for him as Director of Operations in Texarkana in November 1998,” Snavely recalled.

Two years later, the Director of Finance position opened at LifeNet, and Snavely was asked to step into that role.

When LifeNet began expanding outside of the Texarkana region in 2005, Snavely was asked to serve as General Manager for their new operations in Hot Springs, Arkansas.

“In 2009, the Director of Finance position reopened in Texarkana. I came back to do that role. We had been providing some service to Malvern during that time. The local provider asked the City to go to bid so they would have a contract. Malvern asked us to bid, and we did, and we won,” Snavely noted, explaining how the service area continued to grow. “In 2011, a consultant turned us on to an open bid in Stillwater, Oklahoma. We bid against three other services and won the bid. During that same time period, the POA in Hot Springs Village also asked us if we would consider taking over the ambulance service in their area.”

In 2016, Snavely left LifeNet to work with Lifeguard Ambulance in a business development type role competing to buy ground services and integrate them with the company’s air program. When the company was acquired by a larger ambulance service, Snavely decided to look for another career option.

“In November 2018, I came back as director of strategic operations for LifeNet. I did various projects including start-ups, finance, and recruitment and retention. When the director of finance left, I resumed that role at LifeNet until January of 2021 when Harris County ESD11 offered me a position north of Houston. That position allowed me to move closer to my family,” Snavely said.

In July 2022, Snavely learned about the CEO position at LifeNet, Inc.

“I decided this would be a very nice capstone in my career,” he said, explaining why he accepted the opportunity to interview with LifeNet’s board of directors for the position.

“The LifeNet selection committee utilized a detailed list of compulsory requirements and desired qualifications to screen applicants. A very important key to this search was finding a candidate who exhibited a real desire to serve the LifeNet market segment and to reside in the local community. Dave Snavely, without a doubt, checked all of the boxes considered by the committee. Snavely received a unanimous vote of confidence and acceptance from the LifeNet Board. The LifeNet Team, the Board, and I are pleased to have Dave as our new CEO and are excited about LifeNet’s future under his leadership,” said Warren “Buddy” Allen, LifeNet Board Chair.

When Snavely is not at the office, he enjoys playing music, serving in his church, fishing, and woodworking.

He is married to his wife, Cathy, and has two grown children, Thomas Snavely and Elizabeth Hobaugh, and one grandchild.