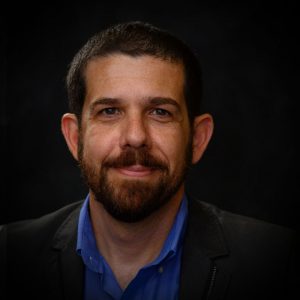 Weston Davis was named the Area Director for LifeNet’s Texas Division in November 2021. In this role, he oversees all aspects of LifeNet’s operations in Bowie, Cass, Morris and Red River Counties in Texas and Miller County in Arkansas.

Weston’s start in EMS was inspired by a group of friends in his youth.

“In high school, all my friends were volunteer firefighters.  They got to leave school to run calls.  I thought that was neat, so I joined the fire department.  While volunteering with them, I saw how EMS was taking care of people.  I thought what they did was pretty cool,” Weston explained.

The summer after he graduated high school, Weston attended San Jacinto College in Pasadena, Texas, where he obtained his EMT certification.  Then he went to fire academy while simultaneously working on his EMT-Intermediate.

“While going through school, I was working as a pizza delivery driver and volunteering for an EMS service that had mostly EMTs.  We couldn’t do IVs or intubate patients, and I felt those skills would be more beneficial on some of the calls we ran. I decided to go to school to become a paramedic,” Weston said.

After obtaining his paramedic certification, Weston volunteered for a fire department and EMS service in Beach City, Texas, before getting hired on to work at the Liberty Fire Department as a firefighter/paramedic.  Shortly thereafter, he transferred to the Humble Fire Department, where he was promoted to captain over EMS training.

A few years later, Weston decided to follow his entrepreneurial spirit and open his own ambulance service.

“I worked there on my days off from the fire department.  After a couple of years, we decided to sell the business.  I went back to being a paramedic, working for a private service in Humble, Texas,” he explained.

Weston would then hone his leadership skills in the field as a field training officer and instructor with the Harris County Emergency Corps (HCEC) and then later serve as the clinical manager for Pearland Fire.

“I stayed on with the events team at HCEC, which was cool.  I had the opportunity to work a Superbowl and several Houston Texans football games.  It was neat seeing the behind-the-scenes stuff and getting to transport and take care of professional football players,” Weston said.

When he recognized the opportunity for promotion wasn’t available at Pearland Fire, Weston began looking for other leadership opportunities.  The City of El Campo hired him as their EMS Director.  During his three-year tenure with them, Weston finished his Master’s Degree in Public Administration.

“I knew I wanted to be a Fire Chief, an EMS Chief, or a City Manager.  One of the things that has always bothered me is having good ideas I wanted to implement, but not having the authority to get them done.  I figured the higher I moved up, the more decisions I could make to positively impact change,” Weston shared, discussing what has driven his leadership ambition over the years.

In November of 2021, Weston started his new role with LifeNet.

“I enjoy being able to take the problems I saw as a field provider and implement solutions to fix them and make meaningful changes.  My ultimate goal is to be able to change the tide of bad leadership seen across the EMS industry.  My goal is to not produce more of those people, but instead, to train the next generation to be more forward thinking and empower them to make change.”

With a passion for developing others, Weston has solid advice for those currently in EMS.

“Never stop learning.  Clinically there is so much that we aren’t taught in school.  You really have to work on that when you get out.  It may seem overwhelming to someone first getting into the industry, but it’s like any other job.  Once you go to school for it, and once you start practicing, it’s not as hard to overcome as it seems from the outside,” he said.

When Weston isn’t working, he enjoys playing computer video games, deer hunting, and spending time with his wife, Jalena.  They have one daughter.