Highlights from the LZ Class 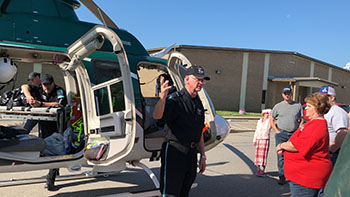 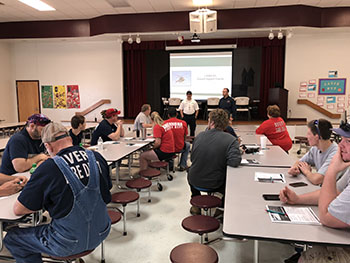 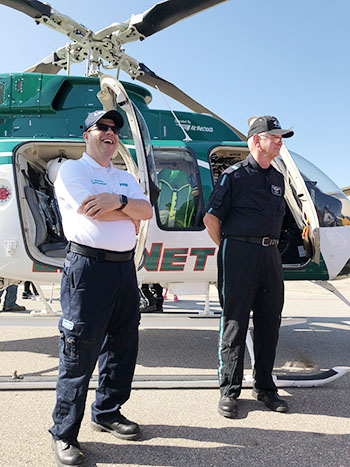 Shon Matthews, Operations Manager for LifeNet, and Justin Kinkade, Program Director for Air Evac 129, teach volunteer fire department members from across the area how to setup a landing zone for a medical helicopter during a special training held on Saturday.

About 30 volunteer firefighters attended a Landing Zone Class on Saturday, May 5, taught by LifeNet and Air-Evac. The class included instruction on how to setup a safe landing zone for a medical helicopter, how to identify hazards in a landing zone, and the types of injuries and illnesses that are better suited for air medical transport.

The class was taught in the the Avery ISD cafeteria and included a fly-in of the LifeNet Air medical helicopter in the parking lot, where attendees had the opportunity to receive instruction from LifeNet’s medical flight crew.

“Volunteer fire department members and first responders often establish landing zones for our helicopter at motor vehicle accident scenes and other emergency responses, and we appreciate everything they do for us on scene,” said Matthews.

The training session was coordinated by Phyllis Parker Stanley with the Avery Volunteer Fire Department.