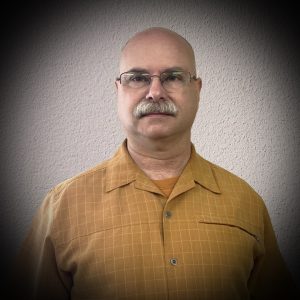 Jim Gaines was named the General Counsel and Director of Human Resources for LifeNet in December of 2021. In this role, Jim oversees all aspects of risk management, human resources, and legal issues for the company and works out of LifeNet’s headquarters in Texarkana, Texas.

Born in Dallas, Jim spent parts of his youth living in Texas and Oklahoma before moving to Alaska as a teenager.

“It was 1983, and my best friend was in EMT school while still enrolled in high school. He became the first EMT high school student certified in the country,” Jim explained, recalling how his career to emergency medical services (EMS) got its start.

In 1987, Jim earned his EMT certification from the University of Alaska, Anchorage.

“In Alaska at the time, getting your EMT certification was a journeymen level kind of thing. First, I got my EMT1 and was able to do first aid and volunteer work for ambulance services. I worked for the American Red Cross and Alaska Professional Volunteers, which afforded me the opportunity to work a few places during the Exxon Valdez Oil Spill,” Jim recalled.

Shortly thereafter, Jim joined a local volunteer fire department and obtained his EMT2 certification. A year later, he certified as an EMT3.

“As an EMT3, I was able to provide advanced cardiac life support (ACLS). I was trained to do paramedic level skills, but I still had to go through paramedic training to learn the ‘why’ behind the skills. As an EMT3 I was able to work for agencies and get paid. I worked on the North Slope in the oilfield and in Denali National Park for six summers,” Jim said.

Because the state of Alaska did not yet have a paramedic program, Jim had to travel out of state to obtain his paramedic certification.

“I picked the University of Texas Health Science Center – San Antonio in Texas because they offered a paramedic completion program at the time, which was shorter than some of the other programs closer to Alaska,” he said.

After completing the program in 1996, Jim returned to Alaska, where he worked for the Yukon Kuskokwim Health Corporation based in Bethel. The region covered one town and 52 villages in an area the size of the state of Oregon.

“My primary job for two years was EMS and ALS training for the state, while also working as a flight paramedic,” Jim explained. “I was the first Critical Care Paramedic (CCP) in Alaska, and I wanted to use my skills to help grow the industry. A friend of mine started a paramedic program at the University of Alaska, so I taught a few classes for him.”

Jim missed the field and the traditional paramedic EMS work he had studied in school, so he decided to go back to Texas.

He landed a job in the late 1990’s as a paramedic working for LifeNet in Texarkana.

“At the time, the level of care and call diversity in Texarkana wasn’t what I was looking for, so I took an offer to work as a ground critical care paramedic in Santa Fe, New Mexico,” Jim said.

When his father died in 2000, Jim moved back to Alaska to take care of his mom, where he went to work for Pyxis supporting medication machines in hospitals across the state and teaching users how to use the machines.

A few years later, Jim had the opportunity to purchase an ambulance service in San Antonio, Texas, but the timing of government reimbursement changes wasn’t in his favor. Looking for a way to make the service profitable, Jim upgraded it to a critical care transport service and secured nursing home contracts.

“There wasn’t enough money there for me to make money, and I didn’t want to fire anyone. So, I went to work for an air ambulance service. I balanced running the ambulance business and working as an area paramedic through the Central and Gulf Coast Regions of Texas for about 18 months,” he said.

In 2008, Jim decided to go to law school. He earned his Juris Doctorate from Gonzaga University School of Law in 2010. Most of the students he graduated with were unable to find jobs in law at the time, so Jim sought out another opportunity.

“There was a county service in Eastern Idaho that didn’t have any rural paramedic services. They partnered with a local college, but they just couldn’t get things done. I went there and helped them run the service as County EMS Director. While there, I created a hybrid paramedic program for the county service and the fire department,” Jim said.

Shortly thereafter, the State of Alaska recruited Jim to run their EMS Certification and training, including redoing their EMT levels to match the new, at the time, national levels. He also took and passed both the Texas and Alaska State Bar during this time.

“I did three years of civil litigation with a small firm, but I realized, I don’t like attorneys,” Jim said, smiling. “I saw a job posting to serve as the Healthcare Compliance Manager for the Alaska Native Triable Health Consortium, and I did that role for a little over four years before coming back to LifeNet.”

He is married to his wife, Margaret and they have two children, as well as numerous cats, dogs, bunnies, and soon, horses.