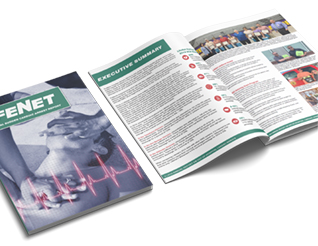 Sudden Cardiac Arrest (SCA) is one of the leading causes of death and is a major public health problem in the United States. Since 2005, LifeNet, Inc. has been dedicated to measuring and reporting SCA statistics using the Utstein Style for reporting cardiac arrest data. As part of this process, LifeNet clinical quality improvement staff review and report on every adult SCA patient whose arrest is deemed to be of a medical (non-traumatic) origin.  LifeNet is pleased to provide you with our latest results (calendar 2017) from our Sudden Cardiac Arrest database 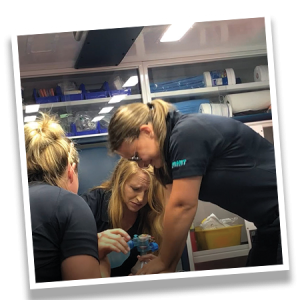 According to the Center for Disease Control and Prevention (CDC), someone has a heart attack every 40 seconds in the United States, and each minute, more than one person dies from a heart disease-related event.

According to the American Heart Association’s (AHA) Heart Disease and Stroke Statistics – 2018 Update, there are more than 356,000 out-of-hospital cardiac arrests annually in the U.S., nearly 90% of them fatal. The majority of these events occur at a home or residence (68.5%), followed by public settings (21%) and nursing homes (10.5%).

Because SCA is one of the leading causes of death in our nation, the emergency management of this devastating event remains one of the core purposes of any emergency medical services (EMS) system.

In many cases, a SCA event occurs due to ventricular fibrillation, an abnormal heart rhythm that causes the heart muscle to fibrillate or quiver in a chaotic motion. If left untreated, this condition leaves the heart muscle unable to pump blood and death occurs within minutes. Survival from SCA depends on the interval between the patient’s collapse and the delivery of the first defibrillatory shock. This becomes remarkably time dependent, where seconds and minutes equal living, dying, or becoming neurologically impaired due to lack of oxygen being sufficiently supplied to a patient’s brain. 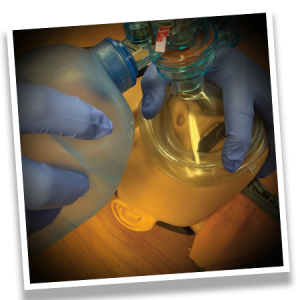 According to the AHA, clinical and epidemiological studies have confirmed:

The probability of defibrillating (shocking) someone back to a perfusing heart beat declines between 2% to 10% per minute, starting with the estimated probability of 70% to 80% survival at time zero. These statistics show that a patient who has not been shocked within 10 minutes from their collapse has a high probability of not surviving the SCA event. Other studies demonstrate that CPR prior to defibrillation can significantly improve the likelihood of defibrillation success.

Improved Addresses in Rural and Urban Areas
Many communities have delays in emergency response because house numbers aren’t assigned or properly displayed. To implement and use an enhanced 911 system, all locations in a community must have proper addresses that are also properly displayed.

Qualified Emergency Medical Dispatchers (EMDs)
EMDs are able to give CPR (and other medical) instructions by phone, enabling callers to care for SCA victims until help arrives. Without trained EMDs, victims may face delays that could mean the difference between life and death. Each of LifeNet’s communication centers has at least one EMD qualified person on duty at all times.

Awareness of Early Warning Signs
Early access only happens if the community knows who to call and when to call. Many people deny (or don’t know) the symptoms of a cardiovascular emergency. Instead of phoning 911 first, some people call loved ones or their own doctor. This wastes precious time. One of LifeNet’s primary awareness efforts is to assist the community in learning the warning signs and when to call 911 first.

When CPR is performed, rescue breathing and chest compressions circulate oxygen rich blood to vital organs. This buys time for the victim until defibrillation can be given. Early CPR as a link in the chain of survival is stronger when bystanders or callers know CPR and EMDs can give CPR instructions by phone.

LifeNet does not conduct in-house CPR certifiction classes for the public. When contacted, we direct people to either their local American Heart Association training site or to the American Red Cross for the proper training. However, LifeNet does teach “Hands-only CPR” at churches, civic groups, businesses, and events throughout our service areas.

Early access and use of an AED prior to EMS arrival on scene is important. According to the American Heart Association, “a victim’s chance of survival decreases by seven to 10 percent for every minute that passes without defibrillation.” Most studies recommend an AED be applied within four minutes of witnessing a SCA event.

In urban areas, LifeNet’s average response time to deliver an ALS crew to the emergency scene is about 6.5 minutes, and it can take the medical personnel an additional one to two minutes to deliver defibrillation (shock) once at the patient’s side.

LifeNet has created programs designed to equip lay rescuers with AEDs and train them to perform Bystander CPR and use the device. This helps ensure the people most likely to arrive first at a medical emergency are equipped to help. These people include firefighters, law enforcement and security officers, industrial facility staff, retirement community workers, church goers, and others.

LifeNet’s AED Matching Grant Fund asks a partner agency to fund half of the cost of a new Zoll AED, while LifeNet funds the other half. Organizations requesting an AED upon approval of matching funds must schedule an AED training class taught by LifeNet.

LifeNet’s AED Loaner Program allows area nonprofits the opportunity to check-out a loaner AED for business and community events at no cost.

Early advanced care means having highly skilled, qualified, and equipped paramedics who are able to quickly respond to an SCA event and begin treating the victim as soon as possible. LifeNet paramedics can administer drugs, perform advanced airway procedures, and utilize other other interventions and protocols to help stabilize patients who suffer a cardiovascular emergency.

Ideally, advanced cardiovascular care should be available within the first eight minutes of collapse or the onset of symptoms, assuming CPR and early defibriallation were started before EMS arrived on scene. This gives victims the greatest chance of long-term survival. By providing an all Advanced Life Support (ALS) response system, LifeNet ensures a trained paramedic arrives on the scene of each SCA response call.

Post-cardiac arrest resuscitation care refers to a comprehensive system of care for patients after ROSC once they arrive at the hospital.